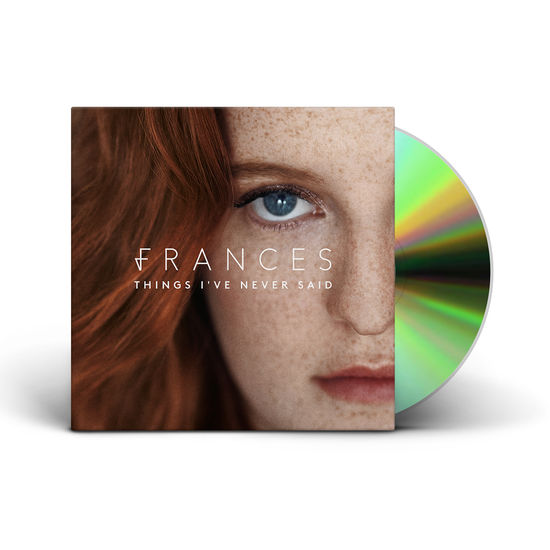 From humble beginnings uploading the tender, bedroom-recorded original mix of ‘Grow’, Frances never dreamt that the single would go on to become one of the most cherished love songs of 2015. Fast forward to today and the 23-year-old Berkshire native can count Greg Kurstin (Adele), Jimmy Napes (Sam Smith, Alicia Keys) and Howard Lawrence (Disclosure) among the star-studded collaborators on her debut album. Critically lauded across the media spectrum and nominated for both the BBC Sound of 2016 and BRITs Critics Choice awards, Frances also delivered knockout performances at this year’s Glastonbury Festival, Coachella, SXSW and Lollapalooza (among many others), plus a sold-out hometown show at KOKO in May. With over 30 million streams across her catalogue on Spotify and 5 million views on her music videos, Frances’ global fanbase has grown a hundred-fold since the tangible buzz of her early EPs on Kitsuné and Communion.

‘Things I’ve Never Said’ is a deeply personal, emotive collection tracking the last 2 years of Frances’ story. From touchingly-honest ballads like ‘Let It Out’ and ‘Cry Like Me’ to classic, upbeat pop production on ‘Say It Again’, the album represents the impressive range of the young artist. A range you can clearly see in her newest single ‘No Matter’, a track inspired by Frances’ move to London and the realisation that we don’t just share a city, we share our humanity. “No Matter’ is out now.